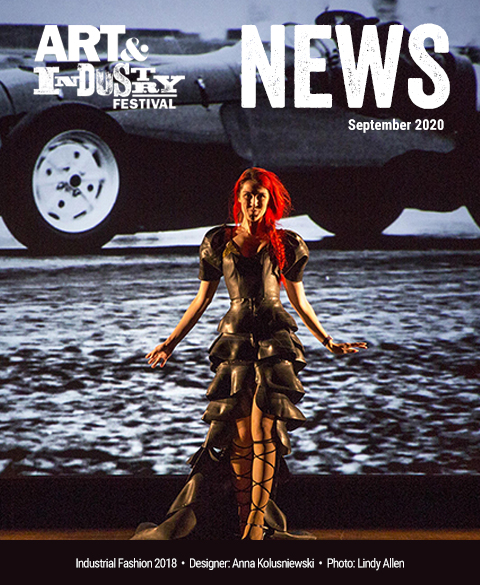 Festival returning November 2020
Online and in the West!

It’s a Festival year again and never before has the Art & Industry by line ‘celebrating our past, designing our future’ been more relevant as we consider new ways to safely make art, do business, play, create and connect.

The Art & Industry Festival has been consulting with our teams of makers and creators planning new ways to deliver projects and events online, creating experiences for people to come together in a variety of unique and stimulating ways.

We invite you to take inspiration from the projects we have developed, those about to be launched and those you can participate in! 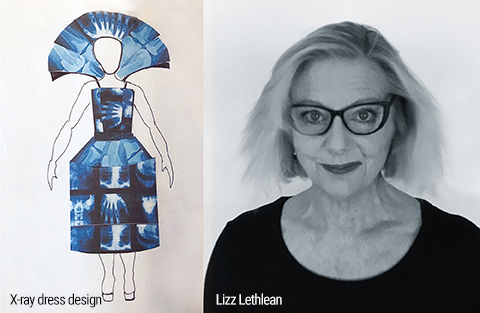 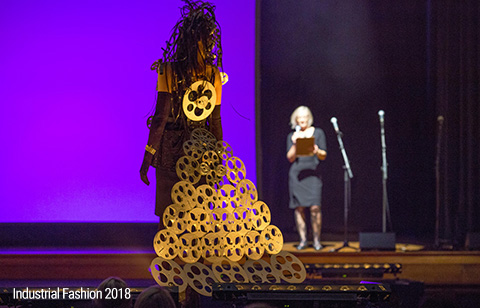 The Festival’s extremely popular Industrial Fashion (IF) event is back in November – this time in film! To be screened online, the film will be a visual feast featuring more amazing local designers, creators and dancers.

Lizz Lethlean is one of those creators who, along with 12 other local designers, will create an outfit inspired by one of our local landmarks.

A Williamstown-based artist and performer, Lizz’s design talents were featured in IF 2018 when she celebrated the local film industry with her ‘Film and TV Dress’. She returns for the 2020 event with a new design – an ‘X-ray Dress’.

“In designing the ‘X-ray Dress’ for Industrial Fashion, I am delving into my puppetry and construction skill base. I am interested in the way X-rays give us a glimpse into the secret workings of our bodies, revealing our core structure”.

In creating outfits for the catwalk, Lizz draws from over 30 years’ experience in theatre, specialising in puppetry. Most notably, Lizz worked as a puppeteer with the internationally acclaimed Handspan Theatre for over a decade, performing in national and international arts festivals.

Our many local, talented designers are working on costumes and couture-inspired by local industries including Mobil and our Williamstown dockyards - now the home of BAE.

Despite the recent ‘stay home’ period the IF team has continued to support designers who are busily creating outfits from their homes, studios and kitchen tables. The online group meetings have provided an opportunity for the designers to discuss ideas and share their progress. 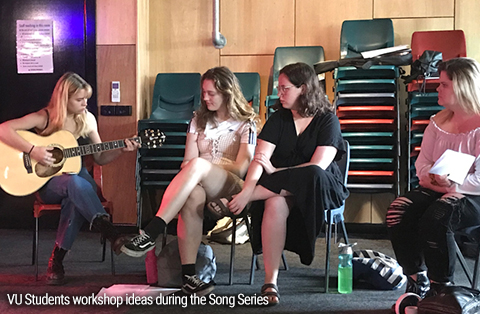 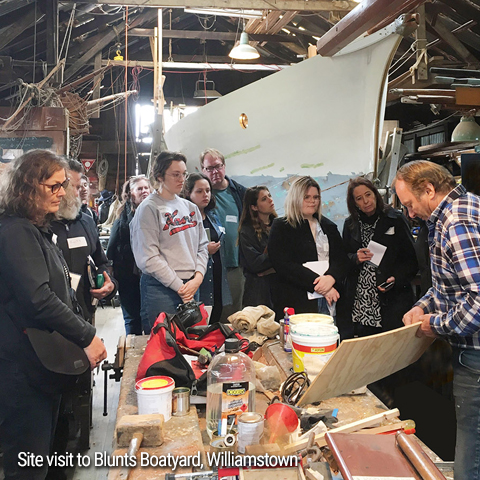 In an artistic process of the musical kind, the Art & Industry Festival, in collaboration with Victoria University (VU), created an exciting opportunity for VU music students who were invited to take part in a workshop series to research, write and present music and songs inspired by the western suburbs of Melbourne.

For six days over December 2019 and January 2020, the students were teamed up with established songwriters. Together they took part in a creative process in which they visited local workplaces that had a rich narrative, history and flavour.

Industries who opened their doors to the musicians and students included Blunts Boats, where fifth-generation boat maker Greg Blunt, treated them to a tour of his historic boatyard and recounted rich boat-making and sea-inspired stories. A visit to the Alfred Graving Dock, hosted by BAE, gave the group an up-close experience of the historic ship-building site. Later, a rare tour of OI Glassworks in Spotswood inspired descriptions of glass and bottle-making at a site that has been making glass bottles for over 100 years. The sounds, sights and stories gathered from these unique site visits inspired the students and their mentors to capture them in song.

In February this year the group reconvened to share, and workshop, the songs they had written over the summer. This culminated in a workshop presentation to members of the local places and industries who had inspired the songs. The performance showcased the incredible talent of all those involved, and even evoked a few tears from a captivated audience.

Greg Aronson, Senior Lecturer and Coordinator of Bachelor of Music Victoria University, had this to say,

“It's been fascinating going to places that we might never have gone to. To be talking to people and hearing stories we might never have heard. It’s a fantastic opportunity for our students. It allows them to work with professionals that they might not otherwise meet, and to gain the wisdom of their experience and artistic approaches.”

The songs produced in the project will now form the foundation of a film to feature in November’s Art & Industry Festival.

More details to be announced in the coming weeks.