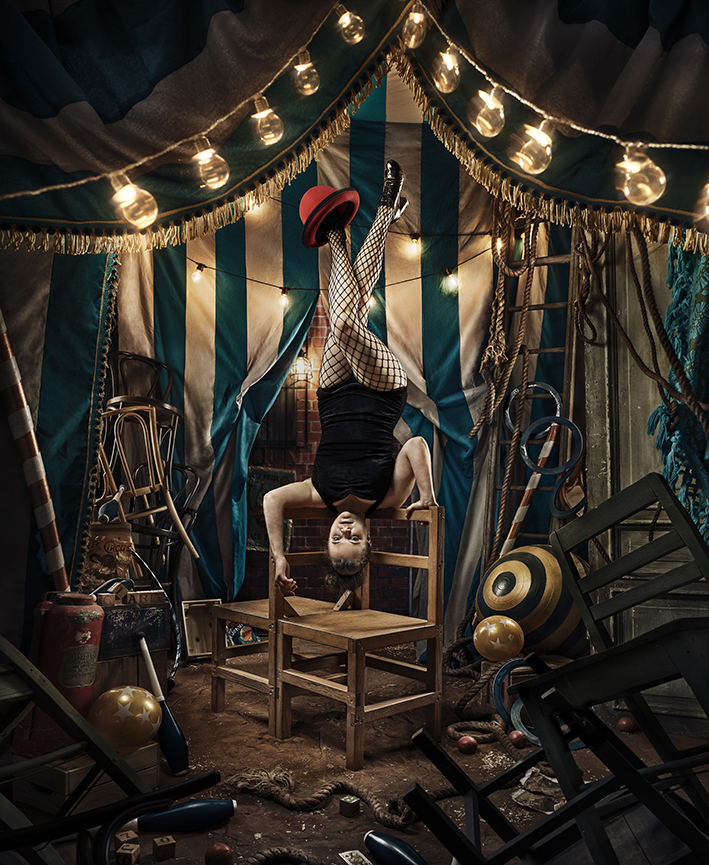 Ciara Thorburn’s love of performance art developed while she was at university, studying Art History and Theory.  Performers from the University of New South Wales Circus Society (CIRCUSOC) captured Ciara’s imagination—especially the fire spinners—and so Ciara mastered the art herself.

“When I first found fire spinning I [just thought], ‘well, I’m in this for the long term’. I had the feeling that I was never, ever going to stop.”

Ciara began teaching fire spinning and juggling, and performing at festivals.  When she had completed her degree she studied for a post-graduate Diploma in Education, with the aim of teaching circus skills to children.  However, she discovered that entertaining children appealed to her more than teaching them, and so she followed her heart to the circus.  After successfully auditioning for a circus troupe in Christchurch, New Zealand, Ciara’s career path was abruptly altered by the Christchurch earthquake of 2011, which led to the circus’s closure.

Ciara returned to Australia, and auditioned for the National Institute of Circus Arts (NICA) in Melbourne, which provides the highest level of accredited circus training in Australia. Initially accepted for a Certificate IV in Circus Arts at NICA, Ciara trained diligently and was subsequently admitted to a Bachelor of Circus Arts Degree, from which she will graduate in December this year. She has majored in clowning and her second specialty is chair balancing.

While she enjoys juggling and balancing, Ciara’s most lucrative work comes from clowning, and associated skills in face painting and balloon twisting. Clowns are a popular attraction for children’s birthday parties, and most of Ciara’s work is at weekends, leaving her the rest of the week to train and prepare for her performances.  A further benefit to clowning is that clowns get better with age.

Post study, Ciara hopes to work for an organisation like the Starlight Foundation, or for the award-winning cabaret variety show, La Clique.  And one day, she aspires to be a clown doctor, because she enjoys making children happy.