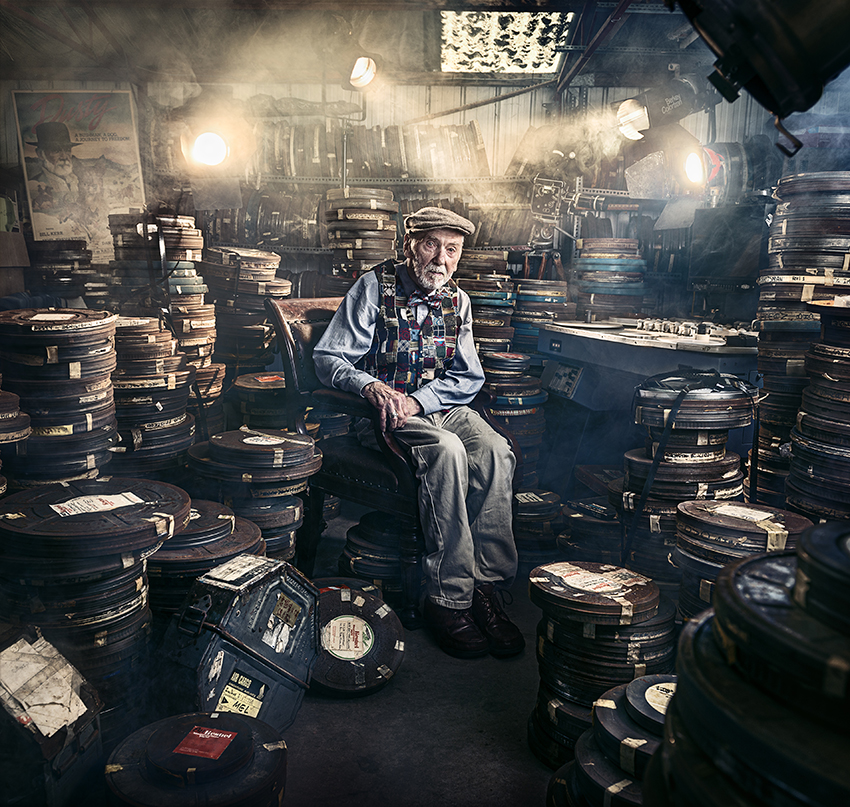 John Richardson (88) is an accomplished documentary filmmaker, who is now retired.  The hundreds of film reels pictured in this portrait represent one-third of the total number he made during his career.

The inclusion of John and his artist wife Valerie into the I AM. series came about serendipitously for Keren.  She offered a lift home to John and Valerie’s son, Tom, whose car had broken down near Keren and her partner Linton’s place.  When they reached the Richardsons’ house, Tom invited her in and told her she should see his father’s garage, which contained lots of old films.  Keren did not expect to see such an enormous collection, and she was amazed by the discovery: “Three days later I was photographing John in that garage,” she explains.

In his early professional life, John worked as a film editor for the ABC, which he left in 1968 to establish his own business making documentary films.  While John’s company, Kestrel Film and Video, produced a multitude of documentaries, it made only one feature film, Dusty, which John directed.  A poster for Dusty can be seen in the top left corner of this image.  When John retired in 2011 his vast collection of films filled a four-car garage.  All of John’s main works have been preserved by the Australian Centre for the Moving Image (ACMI) in Melbourne.