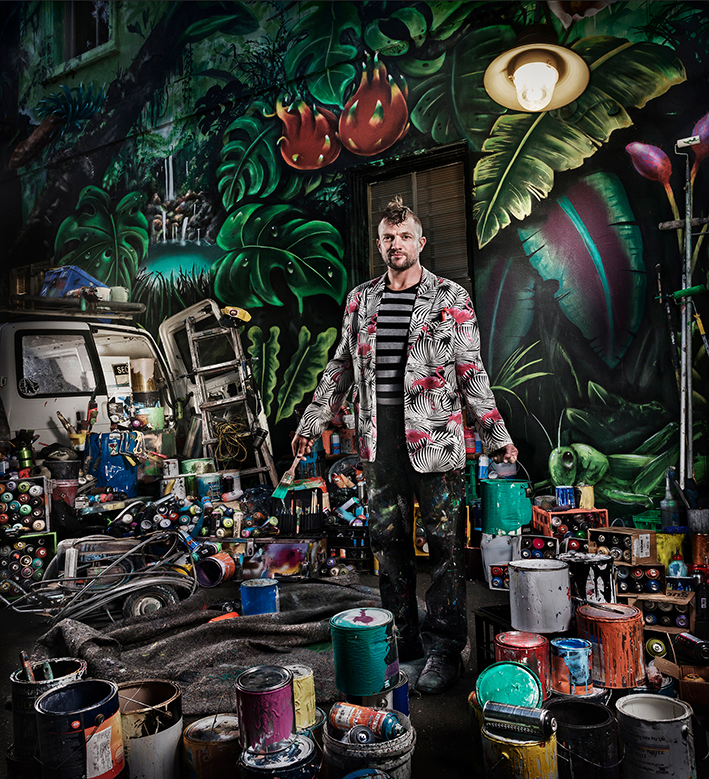 Mike Maka is a trained artist and painter who is best known for his eye-catching murals.  An art scholarship to New York as a 20-year-old exposed Mike to a wide range of street art, and ultimately inspired him to create vibrant, large-scale artworks. Mike’s art is influenced by the natural world; it encourages people to push back against the built environment and to reconnect with nature.  His works often depict the fusion between nature and technology.

As well as painting murals, Mike constructs sculptures and installations, and works with the more traditional medium of canvas. His art has been exhibited throughout Australia, as well as in group shows in cities as diverse as Miami and Madrid, Singapore and Sao Paulo, Budapest and New York.  Mike has worked with the National Gallery of Victoria and MONA Tasmania, and his works have been acquired by the National Gallery of Australia.  His artworks are also held in private and public collections in Australia and overseas.

Mike has encouraged children to be involved in public art projects, such as a “Rainbow Rubbish” installation in a Melbourne laneway, and his eighty-three square-metre mural for the Melbourne Aquarium, which was inspired by a child’s picture of colourful jellyfish.