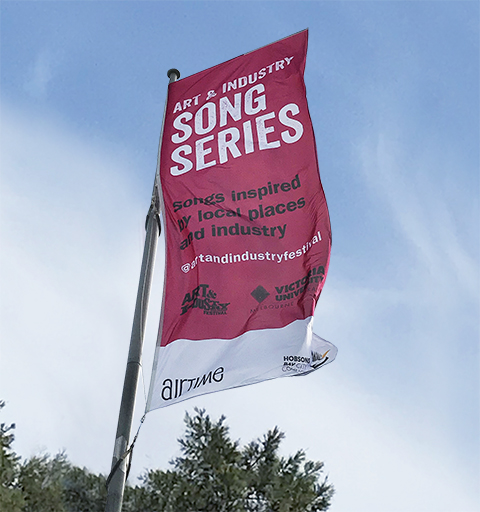 Airtime is an outdoor exhibition that celebrates the creative talents of young artists. Consisting of seven large flags, this exhibition showcases lyrics from songs written by Victoria University music students as part of the Festival’s Song Series Project.

These beautifully-crafted songs tell stories of local workplaces with a rich narrative and history. You can hear the full songs as part of the Song Series Concert film to be shown online on 27 November at 8pm as part of the Festival.

The lyrics will fly high in the sky on flagpoles at the Queen Street Skate Park, Altona Meadows from October to December 2020.

Airtime is produced and managed by Hobsons Bay City Council