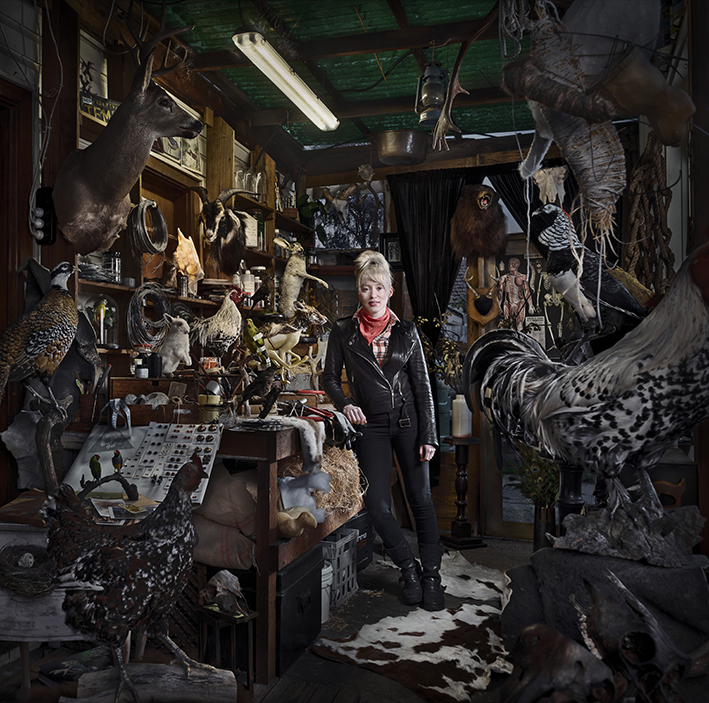 Ashlee Duggan’s interest in taxidermy began with her study of illustration.  Pen and ink drawings for anatomy led to a search for bones to use as a reference for her work.  An interest in tanning animal skins then led to a desire to preserve whole animals.  With no options to study taxidermy in Australia, Ashlee went to Oregon in the United States where she completed a course in the art.  Upon her return to Australia, Ashlee asked an experienced local taxidermist to take her on.  While the course taught her the basics, Ashlee explains that it takes a lot of time to master the art.  The taxidermist who employed her has thirty-five years’ experience, so Ashlee was able to learn from him in order to refine her skills.  This work predominantly involved hunted animals, such as deer and boar.

Ashlee’s own business, Ars Moriendi (the art of dying), acquires animals that have died from natural causes, or have been killed on the road.  Strict laws restrict the use of native animals, so Ashlee focuses on birds that she gets from breeders, or road kill vermin, such as foxes and rabbits.  Ashlee’s most ambitious project so far is to preserve the head and shoulders of a Scottish Highland bull, which involved many hours’ work, and a high degree of difficulty.

While taxidermy is an effective means of preserving animals, pests such as moths and other insects can cause irreparable damage. Display cabinets are the best way to protect animals preserved by taxidermy, and Ashlee’s devotion to her craft is such that she completed a short course to improve her woodworking skills so she was able to build her own cabinets.

Most people who purchase Ashlee’s work have heard of her through social media or from word of mouth.